Let’s kick things off with praise for three day weekends. We had Thursday (our Friday in the Muslim world) and Paul and I were able to run around getting a few errands done without kids and grab lunch at P.F. Changs. We had plans to hit the beach, but Doha weather has been super weird this winter and we woke up to find it drizzling outside. We opted to skip the beach but enjoyed the mall without crowds and kids and without sacrificing a day of our weekend.

Clara’s six months old today! It seems unbelievable that my newborn is sitting up, trying to crawl and on the verge of eating solids. Unfortunately she still sleeps like a newborn and I. am. tired. This past few weeks have been really tough and I’m contemplating trying some sort of sleep training to help her break some of these patterns. I really don’t do well with crying babies though, so we’ll see if that happens. I may just continue to sleep walk through my days and drink copious amounts of coffee.

I’m feeling pretty overwhelmed with our kids’ schedules right now. I know it is just the time of year, but we have so many practices, games, meets, etc…happening on a regular basis and it is hard to keep up. Thankfully we have several neighbors in the same boat and we do lots of carpooling and use the school buses when possible. It just always feels like someone needs to be somewhere which is exhausting. Noah will be in Kuwait next week for a baseball tournament, Paul in Dubai for a different baseball tournament and I will keep the peace in Doha with the girls.

I took the Good Reads Challenge at the beginning of the year and I have been so bad about keeping up. I read plenty (and I’m using working mom of four standards for that) but I often have several books going at once and only occasionally finish them. I’ve been using Audible a fair amount to “read” while I pump at work so I’ve racked up a few books in that format. I’d like to be better though, and I’m still shooting for my 30 books in 2017 so I need to kick it into high gear. I’m currently rereading Matthew Kelly’s Rediscovering Catholicism and Andie Mitchell’s It Was Me All Along. Next up are Hillbilly Elegy and The Underground Railroad.

The other challenge I took this year was “The Biggest Loser” Challenge at work. I’m here to report I’ve made zero progress on this, but I have been listening to Summer Innanen’s podcast and had several big moments of understanding come out of it. The biggest have been after listening to a show about healthy eating without triggering the diet mindset. I’ve had to listen three times to really let some of the big lessons sink in, and I’m still not even close to being able to apply what I’ve learned, but I’m getting there. Baby steps. I’m not sure what to do about the Challenge at this point other than bow out, but we’ll see. Perhaps I can reconfigure my goal so that it lines up more with my current feelings about dieting, body image, and intuitive eating.

Greece! We’re headed to Greece in just under a month for Spring Break. I’m excited as I’ve never been there. What I’m not so excited about is flying with a seven month old, but I suppose the six hour flight will be a dream compared to our usual 14 hour flights. We are flying a budget airline so we got Clara a seat so we’ll have a bit more room to spread out. We also have an 8 hour layover in Istanbul and we’re going to get out a see a few sights during that time. We were there back in 2012 and I know the older kids are looking forward to being back again.

I’m looking for some new goals in my running world. I have my eyes on this and this, but I’m not quite ready to pull the trigger yet. My plan was to use the summer to run a faster 5k and then transition into longer races in the fall. I’m still liking that idea, but I haven’t formalized any of it.

So that’s that. Another week down in the Kasky household. Pretty much same old same old. The weather has been so gorgeous, but you can feel the desert starting to warm up. Here’s hoping we get a few more weeks of manageable temperatures before we’re left to either choosing the house or the pool during the daylight hours. Have a good week! 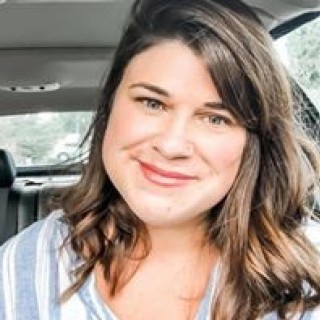 I'm a wife, mama, teacher, part time runner and wannabe writer. I'm fueled by sarcasm and coffee, and thrilled all three that all of my kids can finally carry their own backpacks through the airport. My tales of expat living, third culture parenting, and general cultivation of roots and wings can be found here.

Been There, Done That